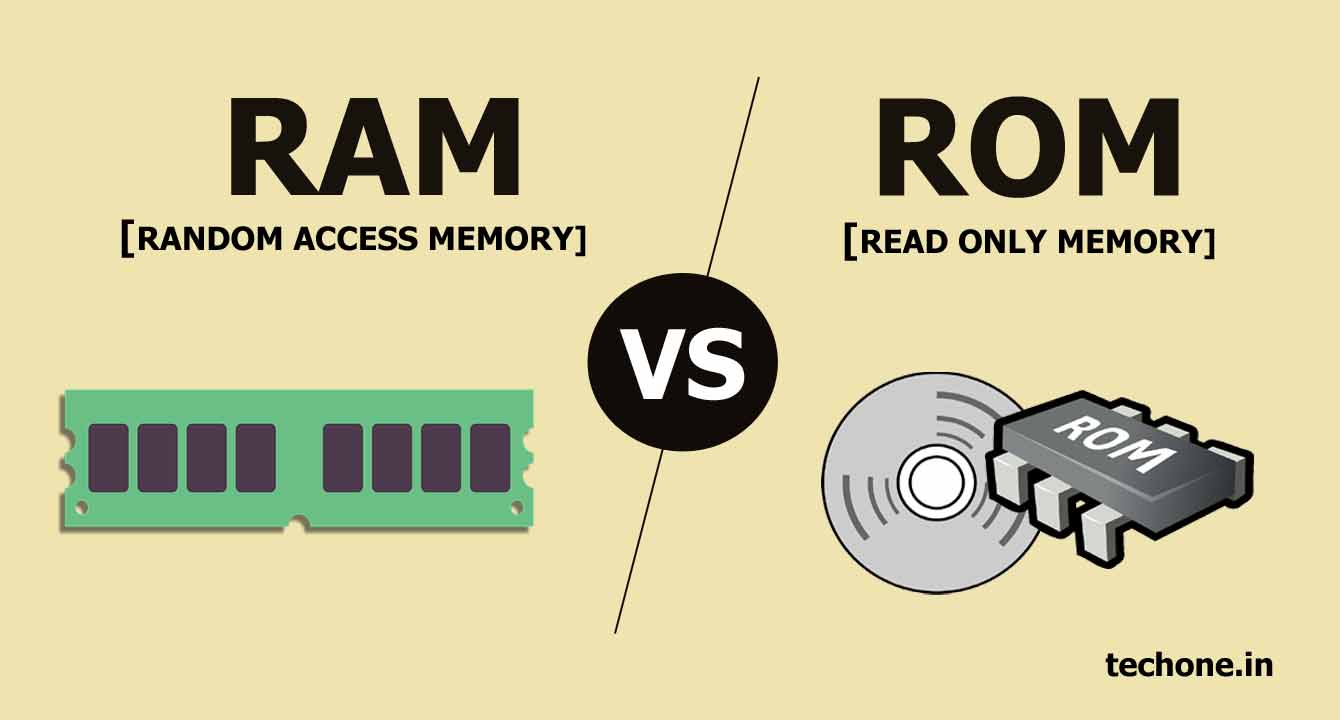 In this article, you going to see discussion regarding Difference between RAM and ROM in a details and a step by step.

If you are looking for this topic then you are at a right place.

Let’s start with the topic of difference between RAM and ROM.

What is RAM and ROM full form?

These are the two types of memory one which is called Random Access Memory (RAM) and another one is called Read-Only Memory (ROM).

Both are forms of computer memory are used for Storing purposes.

Now you going to see important points regarding RAM, ROM and their comparison.

The CPU in a rel time using RAM for storing data and programs.

Many number times the data get read, write and erased with the help of RAM.

It is a one type of hardware element in which the data is being stored.

What are the types of RAM?

Below is given the types of RAM.

First one is Static RAM(SRAM) is used to store bit data with the help of state of six transistor memory cell.

Second one is Dynamic RAM(DRAM) is used to store bit data with the help of pair of transistor memory cell and also capacitor.

Next point is you going to see discussion regarding ROM.

ROM is a unique and best type of memory you can say where the data has been pre-recorded.

This recorded is remain as even if the system is turn off.

Therefore it is also called non-volatile.

What are the types of ROM?

The first one is Programmable ROM in which data get written, it is going to take place only after the memory chip is created and also called non-volatile.

Second one is Erasable Programmable ROM in which data with the help high intensity UV light data is get erase.

The third one is Electrically Erasable Programmable ROM in which data get erase electrically with the help of field electron emission.

Last one is Mask ROM in which data get written during the production of memory chip.

Is cache memory RAM or ROM?

Cache memory is one of the type of RAM.

It is fast and expensive.

Mainly small in size and they can’t retain data without power supply.

What is the difference between RAM and ROM?

Difference between PHP and HTML

From above comparison you get best points regarding RAM and ROM.

I hope you like this article and if you think that i have missing something, please comment below.